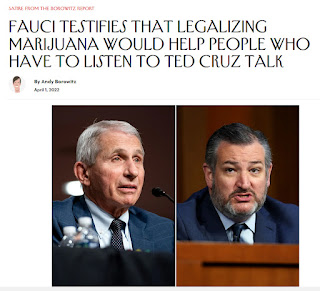 This is not political, it's grammatical (writer's perspective): A toast to this wonderfully worded headline on pain caused by another person's speaking. From The New Yorker's Andy Borowitz (Borowitz Report).

Note: subject + main verb + that-phrase + weak modal verb clause + restrictive clause + to phrase + to phrase + disconnected verb that happens to be, irritatingly, the subject of irritation in the article. And set in all-caps in that beautiful typeface!

Purely a discussion of English, not politics, but one that makes me want to go somewhere for a break from recent depressing news headlines, in fact, somewhere where a completely different language is spoken. Come to think of it, the above headline would probably sound better in Spanish, so, maybe … ?